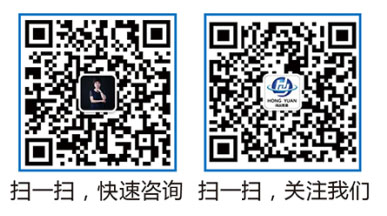 2021年外贸形势仍然严峻复杂！中欧是伙伴不是对手，正全面评估CPTPP条款…商务部最新定调！The foreign trade situation in 2021 is still grim and complex! China and the EU are partners, not rivals. They are comprehensively evaluating the cptpp terms The latest tone of the Ministry of Commerce!

The foreign trade situation in 2021 is still grim and complex! China and the EU are partners, not rivals. They are comprehensively evaluating the cptpp terms The latest tone of the Ministry of Commerce!

The annual big press conference of business field is coming!

The press conference also responded to such issues as how to promote the high-quality development of e-commerce, as well as the new progress in the signing of China EU investment agreement and the preparation for China's accession to the cptpp agreement. Let's look at the main points of the press conference.

Key point 1: the situation of foreign trade and foreign investment this year is still grim and complex

Wang Wentao said that in 2020, China's import and export of goods will reach 32.2 trillion yuan, an increase of 1.9%. From the perspective of supply chain and industrial chain, the factors affecting stability are still developing. We will firmly stabilize the basic market of foreign trade and foreign investment. This year, we will continue to achieve this goal, focusing on the implementation of the plan of preferential import and export, the plan of trade industry integration and the plan of smooth trade. The Ministry of Commerce will maintain the continuity, stability and sustainability of policies with local authorities and relevant departments. Regularly listen to the problems and calls of foreign trade enterprises, and actively solve the problems of poor international logistics, high logistics costs, foreign trade credit and so on.

Wang Wentao said that this year, the Ministry of Commerce will identify a number of new foreign trade transformation and upgrading bases and cultivate a number of processing trade industrial parks. In addition, a number of national import trade promotion innovation demonstration zones will be built to expand the scale of import and drive related industries to improve quality and efficiency.

In terms of foreign capital, China's actual use of foreign capital in non-financial fields will increase by 4.5% in 2020, becoming the largest foreign capital inflow country in the world. The situation in January this year was also relatively good. However, the report released by the United Nations Conference on Trade and development (UNCTAD) predicts that this year's global FDI will drop further by 5-10% on the basis of last year's 42% decline.

"In accordance with the decision-making and deployment of the Party Central Committee and the State Council, we will strive to promote the utilization of foreign capital to stabilize the total amount, optimize the structure and improve the quality." Wang Wentao said that in order to promote the reduction of the entry threshold for foreign investment, we should implement the three negative lists of the national version, the pilot Free Trade Zone version and the free trade port version in 2020. At the same time, we need to implement the new catalogue of industries that encourage foreign investment and create more investment opportunities.

The platform of FTZ port and the platform of national economic development zone are important platforms and carriers to attract foreign investment. We will build a free trade zone port with high quality, improve the layout of the pilot Free Trade Zone, implement the overall plan for the construction of Hainan free trade port, and realize the policy measures of trade and investment liberalization and facilitation. At the same time, we will promote the transformation and upgrading of the economic and Technological Development Zone, and promote the comprehensive pilot demonstration of the service industry.

Point 2: China and the EU are partners, not rivals

Wang Wentao said that China has very close economic and trade relations with European countries. In 2020, China will become the largest trading partner of the EU for the first time, and the investment confidence of both sides will not decrease. The China EU investment agreement negotiation was completed as scheduled at the end of last year. The completion of the negotiation is a landmark event in China EU economic and trade relations. At present, the two sides are carrying out text review, translation and other work, and strive to sign the contract as soon as possible in accordance with the established procedures.

Point 3: the Ministry of commerce is comprehensively evaluating the cptpp provisions

Regarding the issue of China's accession to the comprehensive and progressive trans Pacific Partnership (cptpp), Wang Shouwen said that the Ministry of commerce is currently doing two aspects of work: one is to evaluate, study and deeply analyze all the provisions of the cptpp internally; the other is to make informal contacts with some of the 11 cptpp members on the issues involved externally Technical level communication and exchange.

On the issue of WTO reform, Wang Shouwen said that after the collapse of the Appellate Body of the WTO dispute settlement mechanism, China, the EU and other members have worked together to establish a "multi party interim appeal arbitration arrangement", which has made its own contribution to the authority and effectiveness of the WTO. At present, the first thing to be done in WTO reform is to restore the normal operation of the appellate body. China will actively support Dr. ivila in performing her duties as director general. We also hope that she can quickly resume her normal functions of the WTO.

Key point 4: we are working out the "14th five year" development plan for e-commerce

In 2020, consumption will remain the "ballast stone" for stable economic operation. Since the outbreak of the epidemic, e-commerce has played a prominent role in the aspects of anti epidemic protection, resumption of work and production, and consumption compensation, and has become a stabilizer of social and economic development.

Qian Keming disclosed that at present, the Ministry of commerce is working hard to compile the "14th five year" development plan of e-commerce, and is based on the new stage and implementing the new development concept.

Qian Keming said that we will actively develop new types of consumption, accelerate the cultivation of new formats and models such as live broadcast e-commerce and fresh e-commerce, and actively build consumption upgrading platforms such as "Shuangpin Online Shopping Festival" to enrich online consumption content and scenes. Promote the integration of online and offline development, support the digital transformation and upgrading of real business, and guide the e-commerce platform to empower small and medium-sized enterprises. It is also necessary to further develop rural e-commerce, promote the implementation of "prospering agriculture through several businesses", develop the new infrastructure of rural e-commerce, and expand the coverage of e-commerce in rural areas. Expand the circle of friends of "Silk Road e-commerce".

"At the same time, we should also see that with the rapid development of China's e-commerce, unfair competition, suspected monopoly and other issues have also aroused widespread concern of the people." Qian Keming said that he will strengthen the industry management of e-commerce, promote the improvement of the legal regulation of e-commerce, supervise the compliance operation of platform enterprises, prevent the disorderly expansion of capital, and work together with relevant departments to maintain the market environment of fair competition.

Key point 5: to realize village to village express delivery by 2025

Recently, the meeting of the Central Committee of Shenzhen reform once again stressed the need to build a modern circulation system.

Second, improve the circulation infrastructure. It's important that the work sink. In cities, it is necessary to let residents have convenience stores, vegetable markets and community life service outlets, that is, to focus on creating a "quarter of an hour" convenient life circle. In rural areas, we should focus on improving the commercial system, transforming the county and rural three-level commercial circulation network, improving the logistics distribution network, and unblocking the flow of industrial products to the countryside and agricultural products to the city. By 2025, every county should have chain stores and logistics distribution centers, towns and townships should have business centers, and every village should have express delivery services, which should be fully covered.